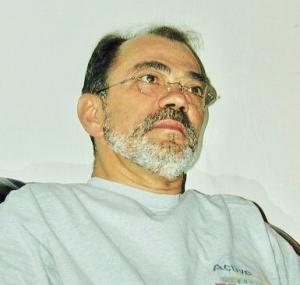 Professor João Camilo dos Santos is Licenciado em Filologia Românica and Docteur-ès-Lettres. He earned his Licenciatura em Filologia Românica at the Universidade Clássica de Lisboa in 1969 and his Doctorat d’Etat at the Université de Haute Bretagne in France in 1983. Before coming to the University of California in Santa Barbara Professor João Camilo taught at the Universities of Oslo, Rennes, Aix-en-Provence and Grenoble. He was between 1989 and 2015 a Professor of Portuguese and Brazilian literatures at UCSB. He also taught Comparative Literature courses in a regular basis, having created some of the courses he taught: on narrative technique and short stories, on the XIXth century adultery novel. He has published two research books and an extensive number of scholarly articles on diverse literary subjects in journals and books. His research publications have chiefly focused on nineteenth and twentieth centuries novelists and poets. But he also published papers on "neo-realismo" and on several other XXth century novelists and poets. In his research Professor Camilo dos Santos has as a rule given particular attention to literary theory and criticism, focusing on technical and stylistics aspects of narrative, poetry and drama. In his courses as in his research he gives particular importance to close-reading, the unavoidable careful point of departure of all subsequent analysis, He has been between 1989 and 2015 the Director of the Center for Portuguese Studies at UCSB and as such responsible for the publication series of the Center for Portuguese Studies and the Editor of Santa Barbara Portuguese Studies, the journal that he created in 1994. He is the author of two volumes of essays: his Ph.D. dissertation, Carlos de Oliveira et le Roman (Paris, Fundação Gulbenkian,1987, on narrative technique); and Os Malefícios da Literatura, do Amor e da Civilização, Ensaios sobre Camilo Castelo Branco (Lisboa, Edições Fenda, 1992). As Director of the CPS he organized two important international colloquia at University of California, Santa Barbara with the support of several important Portuguese Institutions: the colloquium on “Camilo Castelo Branco” and the colloquium on “The Portuguese and the Pacific"; the proceedings of he colloquia were later published in book format by the Center for Portuguese Studies. Professor João Camilo is the author of a short novel, Retrato Breve de J.B. (Porto, Editora Paisagem, 1975; 2nd edition, Edições Fenda, Lisboa, 2006), of two volumes of short stories (O Grande Frémito da Paixão, Edições Fenda, Lisboa, 2002; Um Animal de Pele Branca, Imaculada, Ovni, Entroncamento, 2012), and of a volume of short plays, Uma Sonata de Brahms e Outros Diálogos (Capital do Teatro, Covilhã, 1998). Some of his short plays have been produced several times in Portugal. He has also authored twelve volumes of poetry and published a considerable number of papers, poems, short-stories, and short plays in books, journals, literary magazines. Some of his poems have been included in anthologies of poetry and published in translation in French and Spanish. After his retirement from UCSB Professor Camilo dos Santos has been living in Europe and is revising for publication some of his essays, poems and short stories written mainly during the years he spent teaching at UCSB.

We invite you to be part of the Department’s success in educating the next generation of leaders. More info...